[I keep coming back to Nietzsche’s aphorism about the madman, from where the famous “God is dead” phrase originates. I’m struck by how extraordinary clear-sighted Nietzsche was about all the societal changes that began racing down the tracks towards us once we lost our transcendent reference points. This poem is something of a meditation on these themes]
He strode from who knows where,
Lamp hurled to scattered pieces in the square,
Complacent market bustlers hushed,
Transfixed at watersheds of mirth and fear;
The morning inquisition burst unsought,
On the serene unheeding prodigals,
With unkempt hair yet eyes ablaze,
His charge rang out like iron in the air;
Had God slunk from unfolding time?
Or were pervading thoughts of the divine,
Pitchforked from the stronghold of each mind?
Did holy blood lie wet upon their knives?
Each gaping mouth found solace in a laugh,
The barb glanced clear from buttressed hearts,
Unseeing stares now sneered the madman down,
Yet flinched to meet the blazing of his gaze.
The ages lurched forlorn, a deja vu,
To a second market square divorced in time,
Where sober prophets bore the slur of drunks,
Though different mouths had drunk the maddening wine;
Nietzsche’s wild unlicenced seer spoke,
Truer than he knew, yet not the whole,
A blood-brimmed creed drained of all hope,
Calvary with no Emmaus road;
Though the Immortal had been stripped of life,
Beneath the furious nails of brutish men,
He was not hapless victim of cruel fate,
But willingly plumbed darkness for their sake;
He stood before the closing in of night
Forestalled the tumble into frigid space
Love rent the bondage of the snatching grave
A major theme supplants the minor’s place
Yet in the market subtle scoffers still,
When clear-eyed heralds speak this shimmering piece,
Mock as mad their steady, warning words,
Brand absurd the scandal of His grace.
Share1
Tweet
Pin
Share
1 Shares
0
Previous Post
Next Post

Liturgy for the Letting Go 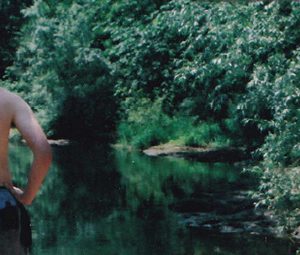 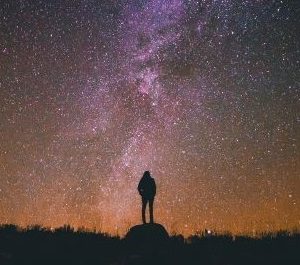