Odysseus and the Age of Distraction

The Greek hero Odysseus never owned a smartphone (or so the annals of myth record). The Trojan Horse ploy was not live tweeted, the escape from the Cyclops never streamed to Facebook Live, the bloodbath in Ithaca spawned no Instagram posts.
Yet armed with a phablet, the Greek hero could have been the influencer to end all influencers. With YouTube videos of his edgy escapades racking up millions of views, Odysseus’ ad revenue would have been on point. Blacksmiths, boat-builders and horse-traders would have flocked for his endorsements, bronzed torso gleaming on Instagram next to towering warhorses, gold-plated triremes and jewel-encrusted swords. Had he more carefully curated and monetised an online presence, Odysseus might have returned from the Trojan wars set for life.
On the other hand, it’s tempting to think the mythic hero would never have reached Troy had the riches of Netflix been at his disposal. After all, what kind of masochist would spend ten gruelling years besieging a foreign fortress – and a further ten simply getting home – given the option of staying home, logging in and zoning out? An alternative but less compelling version of Homer’s Iliad might have our paunchy hero lying vacantly on a fur-draped couch in Ithaca, bingeing on boxsets and playing Farmville while others pursued glory in faraway lands.
But fortunately for the pantheon of myth, Odysseus was no digital native. His vibe was just not very 21st Century. Murdering an entire city in their beds and killing 108 blokes for looking the wrong way at your wife just isn’t very woke. It’s hard to imagine even the saltiest YouTube comments thread providing rough enough entertainment for such an unreconstructed slab of man.
Odysseus and the Sirens
But there are reasons to believe Odysseus might have thrived in our age of distraction, artfully sailing between the Scylla of social media and the Charybdis of bottomless boxsets.

En route from triumph in Troy to his home in Ithaca, Odysseus was forced to pass the island abode of the Sirens; beautiful creatures with voices of such irresistible sweetness their chorus mesmerised all who heard it. But the song was a trap, by which the murderous Sirens lured passing sailors to death and destruction. The rocky coastline of their island was littered with the splintered wreckage and drowned sailors of vessels lured to shipwreck on its rocks.
To hear the Siren’s song was paradise. To hear their song was death.
Fortuitously, as his ship approached the Sirens’ island home, Odysseus was warned of their ploy by the goddess Circe. There was only one way to survive the journey past the island: the entire crew had to stuff their ears with wax, neutralising the Sirens’ fatal attraction. What the men couldn’t hear couldn’t hurt them.
Though the men dutifully plugged their ears, curiosity was too much for Odysseus. He had to hear the Sirens’ deathly-sweet song for himself. Rejecting the earplugs, he instead ordered his men to take ropes and bind him firmly to the ship’s mast. They were to keep rowing until the island had faded from view behind them. No matter how much Odysseus commanded or begged them to let him go, the crew were to ignore his pleas.
As Homer’s myth recites, Circe’s cunning ploy worked. The crew set their heads down and rowed, their stuffed ears rendering them oblivious to the Sirens’ song. Though Odysseus begged to be released, the men obediently ignored his cries. The ship passed safely by the island, and Odysseus eventually made it back to Ithaca in one piece, ready to kick back and binge a few boxsets slay his wife’s many suitors.
Odysseus and the Digital Age
Rationally speaking, Odysseus knew the Sirens’ song was death. He knew his true desire was to make it home. But crucially, he also recognised the susceptibility of his heart to the allure of things he didn’t rationally want. Much as he longed for home, he recognised the magnetic pull of his disordered heart towards rival and destructive visions of what is good, true and beautiful. Odysseus knew that in the moment of hearing the Sirens’ song, powerful subconscious desires would overwhelm his rational goal to reach Ithaca. If his crew untied him in earshot of the Sirens’ seductive serenade, his disordered heart would be free to ruin them all. What saved Odysseus was not willpower. It was not rational self-control in the moment of temptation, or mental visualisation of his settled desire to make it home. Rather, Odysseus’ trump card was simply to identify temptation ahead of time, and literally tie himself up from its clutches. The ropes binding him to the mast rendered him powerless to pursue the Sirens’ alluring but deceitful beauty. 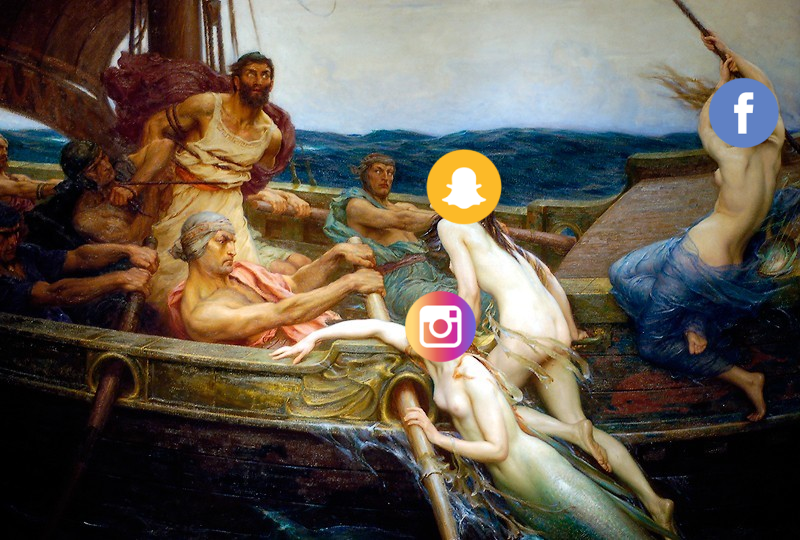 When Relics Burn: A Meditation on Notre Dame, Faith, and the State of Europe